The two new appointments come as Allison Homes embarks on ambitious expansion into the region as part of its growth strategy to be a national housebuilder.

Matt joins from Burrington Estates where he was commercial managing director, having also held a Board position at Barratt David Wilson Exeter. He will oversee the vision of the company in acquiring land, as well as bringing new homes within thriving communities to Devon, Somerset and the wider South West region.

Working alongside Matt will be new commercial director Alan Bray, who brings a wealth of experience from Taylor Wimpey, where he was commercial director for over four years. His longstanding career in the property industry also includes roles at Bovis Homes and Barratt Developments.

Allison Homes South West is currently launching two new developments in Devon, comprising 59 homes in Somerton, Somerset and Winkleigh, Devon. The company has plans to build at nearly 15 new sites across the region in the next two years.

Reflecting on his new role, Matthew Bennett said: “I’m delighted to be part of such an ambitious and forward-thinking business. Allison Homes has a great values driven culture and there is an infectious energy and collaboration in the team to focus on building homes for people and creating communities to be proud of.”

Commenting on the appointments, CEO John Anderson said: “Both Matt and Alan bring with them extensive experience in the UK housebuilding industry and their appointments reflect our commitment to growth and expansion of the Allison Homes brand.”

Allison Homes has recently set out ambitions to grow from around 500 to over 2000 houses a year, with a strategy based on its substantial land-bank, its focus on entry level housing and an emphasis on building long-term relationships with customers, suppliers and employees.

You are in control with our superb buying options.

Learn more about our incredible range of buying options, including Help to Buy, Part Exchange and Assisted Sale

Help to Buy has changed – do not miss out!

Help to Buy changed at the end of March 2021. To take full advantage of the scheme...

Please complete the form below if you would like to learn more about our new homes.

Speak to a mortgage advisor

Please complete the form below. 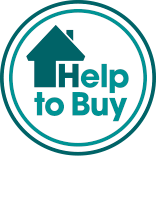 Did you know the deadline for
applications using the Help to Buy: Equity Loan
is 31st October 2022?